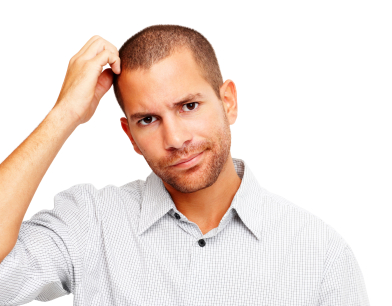 Why Interest Rates in Europe Are Negative And Will It Happen Here?

Why Interest Rates in Europe Are Negative And Will It Happen Here?

According to the Wall Street Journal, 16 percent of all outstanding government bonds on a global basis carry negative yields. For example, German two-year government bonds are yielding a -0.21 percent. If an investor purchased $10,000 of these bonds, they would receive $9,958 back in two years.

Recently, interest rates out to nine years were negative in Switzerland. Germany’s rates were negative out to six years, Denmark out to five years and Sweden out to four years. Why would anyone buy a bond with a negative yield? At first glance it doesn’t make sense. But before I explain why, a history lesson is in order.

Seventy five years ago economist John Keynes theorized that governments could stimulate economic growth by lowering interest rates causing companies to borrow funds to expand their businesses. And for the most part this approach has worked.

But this time around, as we tried to recover from the Great Recession, lowering interest rates to near zero failed to stimulate sufficient economic growth in Europe and Japan and it has had only marginal success in the U.S. It appears likely that both Europe and Japan are slowly moving towards another recession.

There are several implications of negative interest rates. Both bank behavior and investor behavior are affected.

European Banking System: Central bankers are charging fees to commercial banks for parking their excess deposits with them. In other words, the commercial banks are no longer receiving modest interest on their reserves, they are being charged fees on their deposits. As I stated above, the purpose is to encourage banks to lend their money, not park it at the central bank.

Bank’s Reaction: So banks are beginning to charge their depositors a fee for large cash balances. Pause for a second and marvel how strange this is. Banks have always paid interest to depositors. We’ve entered a new era where banks accept money from customers if they are willing to pay for the privilege. But you’re thinking it could never happen here. Think again. JPMorgan Chase recently sent a letter to its large depositors that beginning this month it will charge one percent on deposits. Why? Jaime Dimon Chief Executive Officer wants to shed $100 billion in deposits to avoid paying the FDIC insurance on every dollar deposited within their institution.

Investor’s Reaction: As a European investor there are three logical responses to negative interest rates:

So will we follow the European example and see negative rates on U.S. treasuries anytime soon? Not a chance. But it will keep downward pressure on our treasury yields. Even if the Federal Reserve decides to increase interbank interest rates as predicted by the pundits, I doubt that will offset the hoard of Europeans buying our bonds. U.S. treasury rates should remain low for the foreseeable future, possibly lower.