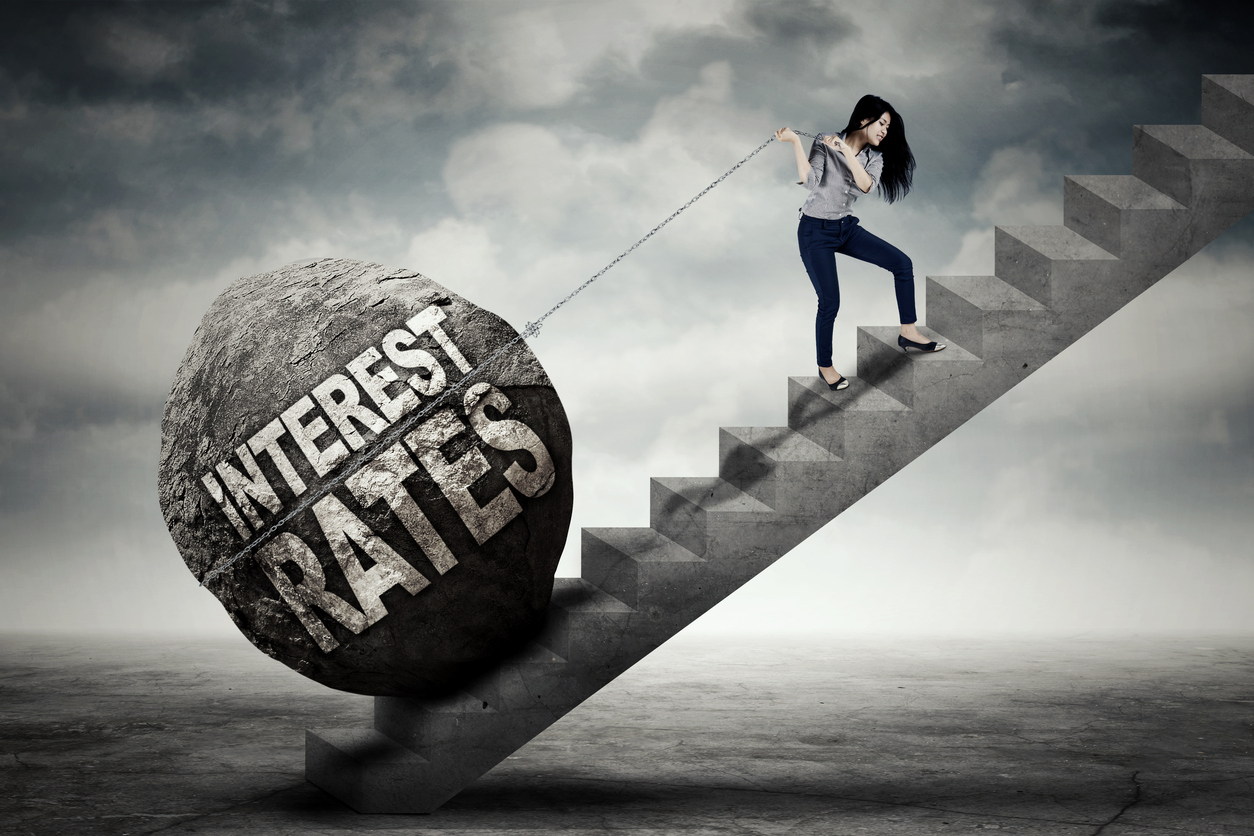 When will interest rates go back up? How about never!

When will interest rates go back up? How about never!

When will interest rates go back up?

In the back of the minds of most commercial real estate investors is the never ending question, “When will interest rates go back up?”  We have collectively fretted over rising interest rates for the past 35 years.  And yet the truth is this: Those who have locked in long-term interest rates over the years have been the big losers.  It would have been in the borrowers’ best interests if they had chosen a short-term variable rate or even a five-year fixed rate than to have locked in a 10-year fixed rate loan or longer.

Thinking rates certainly have to go back up, those who locked in the longer fixed term rates over the years have consistently paid larger mortgage payments than those who did not.  I know of no exceptions.

Why do we fixate on this thinking of rates having to go back up?  I think part of the reason is human nature is always fighting the last battle and for most of us over 50 years of age the last great battle was inflation.  We remember when our money market account was giving us 18 percent interest.  We remember the adverse effects of runaway inflation.  Likewise, those who grew up during the Great Depression their lifetime battle was hunger and poverty so even when they prospered after World War II, they were still overly careful about spending their money.

So where are we at this moment in time?  Will rates eventually rise?  Yes, they will fluctuate over time but there is no reason to believe interest rates will inevitably rise.  It’s just as likely that they will go down or possibly stay within a range that we have seen over the past couple of years.  Here’s why:

Interest rates are not controlled by The Federal Reserve, the federal government or some nefarious secret society.  Yes, The Federal Reserve does set the overnight interest rate between banks, but increasing this rate has little or no impact on 5-year, 10-year or 30-year U.S. treasury yields.  So when you hear about Fed Chair Janet Yellen proposing to increase the federal funds rate at the next meeting of the Federal Open Market Committee it really doesn’t make any difference.  Who cares?

However, The Federal Reserve does have the ability to manipulate interest rates.  They did this in spades with Quantitative Easing.  To get us out of the Great Recession The Fed purchased massive quantities of government bonds and other financial assets.  The result was a lowering of U.S. Treasury yields.  But even then The Fed still had to work within the bounds of the Law of Supply and Demand.

The Law of Supply and Demand

You see U.S. treasury yields are affected by the Law of Supply and Demand. Here’s how it works:

The effect of Quantitative Easing on interest rates

So let’s get back to the quantitative easing program that The Fed employed to stimulate the economy out of the Great Recession.  When The Fed purchased huge quantities of U.S. treasury bonds they in affect artificially increased the demand for treasuries thereby lowering treasury yields.

Do you remember when Donald Trump won the U.S. presidency the 10-year treasury rate zoomed up 70 basis over night?  The reason given at the time for the increase was that the economic policies of a Trump administration would be good for the U.S. economy resulting in inflationary pressure on the dollar.  Doesn’t that disprove my thinking that treasury rates are all about supply and demand?  It would poke a big hole in my theory if it were true.  But it isn’t.  What really happened was that China was going through a severe liquidity crisis at the time which required the People’s Bank of China to sell massive amounts of U.S. treasury bonds.  So what happens when the supply of U.S. bonds increases?  The interest rate must increase to increase the demand commensurately.  And that is exactly what happened when China dumped U.S. treasuries.  Our treasury rates zoomed up overnight.

Where are interest rates going in the years ahead?  Understand this: The Federal Reserve is only one of several central banks worldwide.  In order to stimulate the Japanese and European economies over the past several years the central banks of Japan and Europe have artificially lowered interest rates to near zero using their version of quantitative easing.

Let’s say you’re a Japanese citizen and you have a choice of investing your excess cash in a Japanese 10-year bond at 0.2% or you could invest your cash in a U.S. Treasury bond at 2.0%.  Which would you choose?  Also let’s say the U.S. dollar is appreciating 10% in value when compared to the Japanese yen.  So instead of getting a 2% return on their U.S. treasury note they are now getting a 12% return.  Which would you choose?  It’s a no-brainer, isn’t it?  And that’s what’s been happening.

So to understand future treasury rates you need to understand the concept of the Law of Supply and Demand.  As long as U.S. Treasury yields are higher than bond yields from other nations, U.S. treasury rates will continue to stay low because demand for our treasuries will remain high.  It’s as simple as that.  Until the global situation changes, U.S. Treasury yields will likely remain low.

Are negative interest rates possible in the U.S.?

One more thought and then I’ll shut up.  What happens when the next recession hits the U.S. and normal economic stimulus is not sufficient to revive the economy?  Don’t be surprised if The Fed manipulates interest rates to near zero or possibly even encourages negative interest rates by using Quantitative Easing once again.  I think that is likely.  If so, what happens to all those real estate investors who’ve locked in long term interest rates?  They don’t get the opportunity to take advantage of these historic rates.  And what happens to those investors who can?  They make out like bandits.

So the next time a lender or mortgage broker encourages you to lock in that low rate for 10 years or longer, think twice.  Is that really a good decision?  I don’t think so.  That’s my opinion.  I welcome yours.  What do you think?

Past articles on interest rates you may find of interest: A Bubble in Search of a Pin: The Unintended Consequences of Low Interest Rates and Negative Interest Rates – Coming to a Bank Near You!

Hi Doug, thank you for the insights and opinions. The more the merrier, and I do value yours. You have been at this for a while, and experience does count.

So tell me your thinking on interest rates. Where are they headed?

Doug, interest rates are surely increasing in December (2017), and most likely twice in 2018, by one-quarter of one percent each time. You can almost count on that, especially if tax reform is passed, the latter which the current administration relies upon for its very survival. If a borrower gets themselves a longer-term (7 or 10 year) fixed rate loan, especially sans pre-payment penalty, in the low to mid-4% range, they very well should take advantage of it.

Thank you for your comments. We will just have to agree to disagree agreeably.