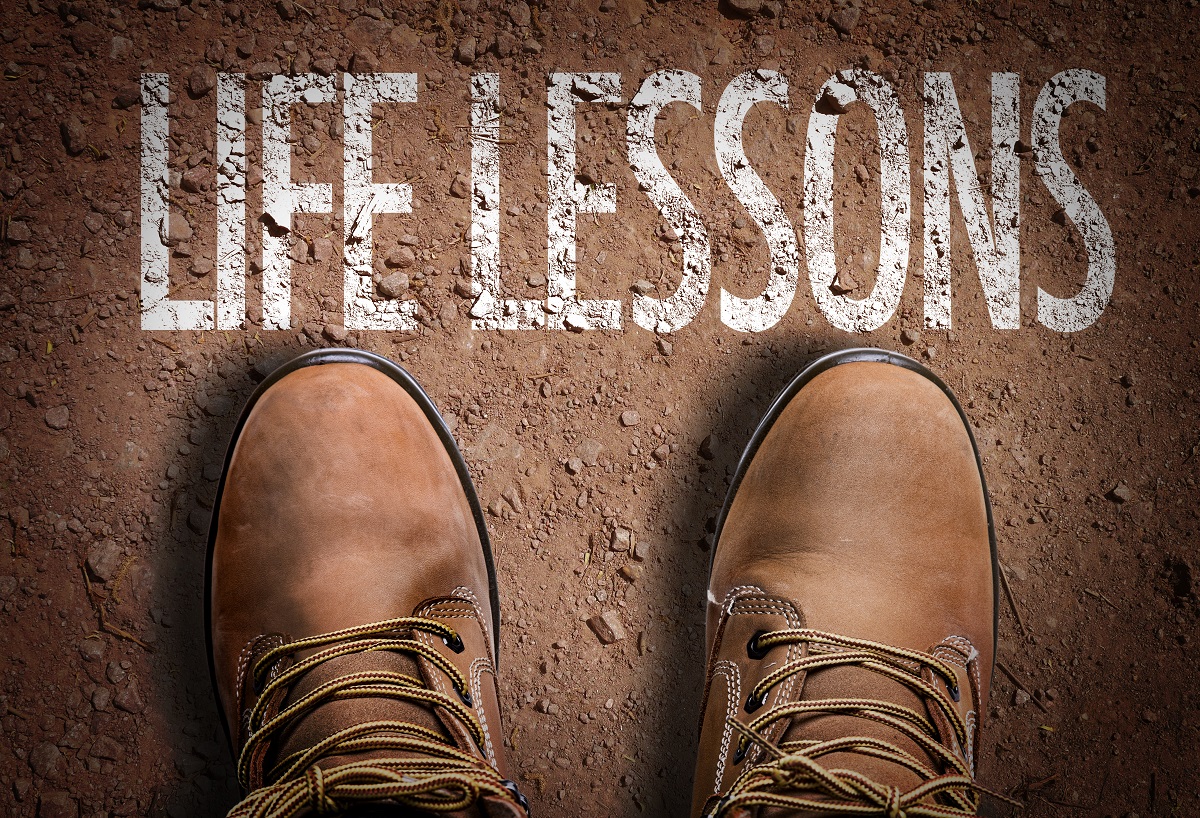 When I was growing up, Dad was the quintessential Ward Cleaver of the 1950s TV show, “Leave it to Beaver.” Everyone liked Dad. He always had a kind word for you.  But Mom, who passed away in 1994, was no June Cleaver. Far from it. She had very little maternal instinct and she was quite scary to my friends as she barely tolerated kids in general. Her motto: “Kids should be seen, not heard.” In reality, she was harmless, but my friends didn’t know that.  This being Mother’s Day I thought I’d  share three life lessons I learned from my mother.

When confronted by a bully don’t back down.

While in grade school a kid who was a couple of years older than me began bullying me. I told Mom about it and she told me to fight back. “Don’t take his crap” (her words, not mine). So the next time I went toe to toe with the bully and because I didn’t take his crap he started picking on someone else who would. That lesson has served me well over the years.

I have had several bosses and clients who have been bullies. They purposely tried to intimidate, not only me, but everyone around them. I have learned the best way to approach them is not to back down. Tell them what they need to hear and even if they don’t follow your counsel, they grudgingly respect you. The problem with that approach is in business you don’t advance up the corporate ladder that way. Ain’t gonna happen. There’s a reason why I’m self-employed.

Life is not fair so get over it.

“Quit your bellyaching” was a favorite saying of hers. Mom was not a nurturer. She was in short supply of sympathy and empathy. Having come through the Great Depression, Mom had first hand experience with real deprivation, not the trivial things I was whining about.

I remember early on how much more stoic I was than my friends when something went wrong. They would be blubbering feeling sorry for themselves and I would be rolling my eyes thinking, “suck it up.” In reality life is not fair. We all know that but the sooner we come to that realization, the sooner we learn to be thankful for those many blessings we do have. The alternative is to become bitter at every slight, real or imagined, that happens to us throughout the day.

Diplomacy is for sissies.

My mom was an excellent judge of character. And although she was often too critical of the faults of others she really was right on her assessment of the situation or the person. She did not “Suffer fools gladly.” She had no problem telling people what she was thinking with little consideration for their feelings.

Unfortunately, I’m not much better in this regard. I too am known for being brutally honest with people. I really don’t know any other way to be. It would be so much easier if I had the ability to be more diplomatic in my responses to difficult situations but unfortunately that’s not who I am. My motivation for being blunt is never to hurt someone’s feelings. Rather it’s to quit beating around the bush and just tell the truth, which many people avoid because it’s not the polite thing to do.

How many times in a week do I get a telephone call from a prospect who needs to hear that his property, as it stands now, is not financeable? He has called more people than he can count but none have told him the truth. Instead, to get him off the phone quickly, they refer him to another lender or mortgage broker.  Eventually he ends up calling me, only to hear the honest truth no one else was willing to say.

I learned many lessons from my mother.  For good or ill she has influenced me much more than my kind-hearted, well-liked father. In some ways, she was certainly flawed (aren’t we all) but in hindsight I am so very grateful that she toughened me up to take on life’s challenges head on. And if she were alive today, I would sincerely thank her for that. And though my mom was at times a difficult person to be around, it was quite obvious she loved her family. She just showed it differently. So do I love my mom? Absolutely, without reservation. I learned some very important life lessons from her that I wouldn’t have learned any other way.

These are my thoughts.  I welcome yours.  What life lessons did you learn from your mom?

Need financing?  Email me today at doug@marshallcf.com to schedule a time to discuss your financing need.

Doug Marshall is the award winning author of Mastering the Art of Commercial Real Estate Investing: How to Build Wealth and Grow Passive Income From Your Rental Properties.

Thanks Doug. I too remember being picked on in the second grade and my mother telling me to go hit the kid back.

Michael, that advice to not back down to a bully is counter-intuitive isn’t it? You’d think if you go toe to toe with the bully, he’s going to beat you into a humiliating pulp. Instead, he doesn’t like being stood up to so he’d rather find someone else to bully. It’s true in life as well. Bullies want to intimidate us into submission. And if we stick up for ourselves, whether a boss or a client, they don’t like it. But as we get older the bully has other ways to make us pay for standing firm. As I said in my article, there is a reason why I’m self employed. And there are clients I no longer work with, which is fine by me.

Thanks for sharing! The one thing I value my mom was that she always encouraging and always positive! Luckily I never got bullied when I was growing up. I learned how to deal with bully or human behavior when I took the CCIM class 104 ‘The Impact of Human Behavior on Commercial-Investment Decision Making’ back in 1988. Throughout the years I was able to deal with some of my eccentric, arrogant, bullying big money clients and I dare to talk back to them that they realize I was not their employee and gave me lot of respect!