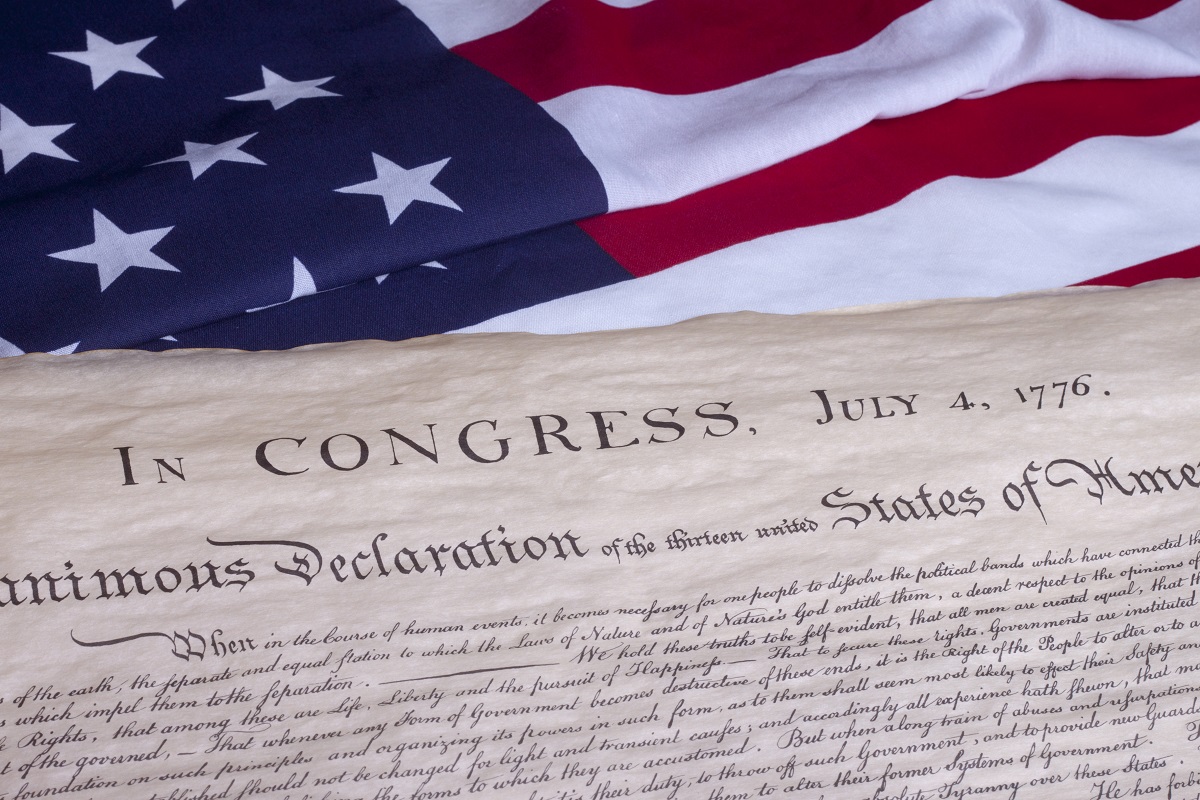 The Unparalleled Brilliance of Our Founding Fathers

The Unparalleled Brilliance of Our Founding Fathers

This week we will be celebrating our country’s 243rd birthday.  I often take for granted the unparalleled brilliance of the concepts found in the country’s Declaration of Independence.  Historians cite Thomas Jefferson as the principal author of this document with edits by various members of the Continental Congress.

So what does The Declaration of Independence declare?  It declares four things:

1. It is a declaration of war

First and foremost it is a declaration of war against Great Britain.  It declares our right to independence because of the egregious behavior of King George III.  Wow!  That idea that the colonies could just declare their independence by itself is amazing.  But when you couple that with the risk of the signers of this document, it becomes much more amazing to think about.  The colonies were declaring war against the military superpower of its day.  What was their winning strategy?  They put their faith in a poorly financed, untrained volunteer army of mostly one-year conscriptions.  And if they lost the war, which was highly likely, the signers of the Declaration of Independence would be jailed, tried and hung with all their properties confiscated by the British crown.

2. It declares all men are created equal

This idea flies in the face of reality.  When Thomas Jefferson wrote those immortal words, he was a slave owner as were several other signers.  But even freemen were not treated equally as most colonies only allowed landowners the right to vote.  And what about women?  Women had very limited rights.  They could not own land and when they received an inheritance it became a part of their husband’s estate, not theirs.

And yet, those majestic words were not removed from this document even though there was an obvious disconnect from reality.  I often wonder why.  Don’t you?  I’m so glad that these words were left in because generations of Americans as well as people around the world have cited this truth as justification for many righteous causes throughout history.

3. It declares that the government derives its power from the consent of the people

Prior to this time that concept was unheard of.  In Europe, royalty believed their powers to govern were given to them by God, not man.  That meant that kings could do whatever they pleased and the people had to submit to their authority or face the consequences.   But the Declaration of Independence changed all this.  Man, not a higher power, chooses who their ruler is.  It also implies that if the people do not like how those in authority are treating them, they have the right and even the obligation to remove them from office.

4. It declares that we have rights

We have rights!  That among these rights are life, liberty and the pursuit of happiness.  Our rights are not limited to life, liberty and the pursuit of happiness.  They are just the beginning of our rights.  Down through the years this has been interpreted to mean there are rights not explicitly stated in the Declaration of Independence which has been cited by several political movements including the Women’s Suffrage Movement, rights for minorities (the Civil Rights Movement), and rights for workers (the Labor Union Movement).  These political rights organizations correctly understood that they derive their rights from the Declaration of Independence.

When you celebrate this July 4th remember these truths and marvel at their significance.

Thank you Doug for these reminders.