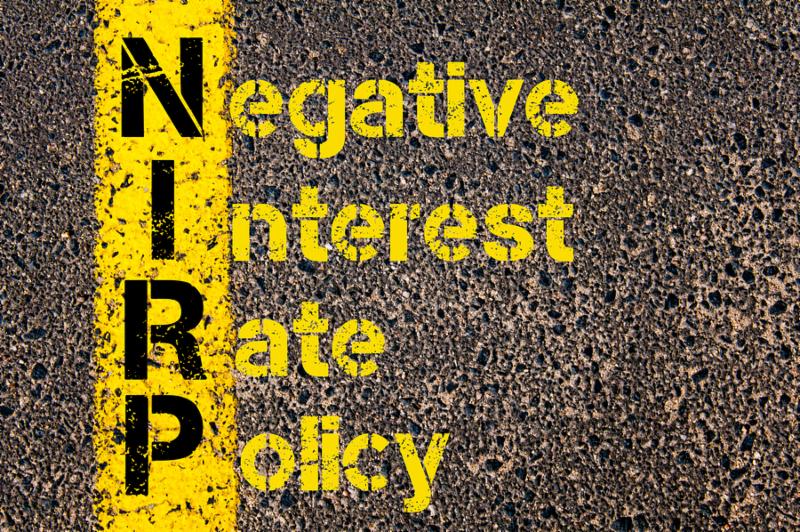 Negative Interest Rates – Coming to a Bank Near You

Negative Interest Rates – Coming to a Bank Near You

In my January 9th blog post, “My Crystal Ball Forecast for Commercial Real Estate in 2016” I stated that even the most seasoned prognosticators will fail to predict major events occurring in 2016. And these unexpected events will have enormous influence on the economy and specifically on commercial real estate.

It took less than a month into the new year before one of these events occurred. I am referring to the Bank of Japan’s January 29th announcement to charge a negative interest rate on lending institutions who have excess reserve deposits. This announcement is a game changer on the world economy. But before I explain why, let me explain the Bank of Japan’s reasoning to take rates into negative territory.

This move comes after three years of quantitative easing where the Bank of Japan purchased Japanese government bonds to flatten yield curves to artificially bring down interest rates. The purpose of this economic policy was to spur economic growth by making it more enticing for businesses to invest or lenders to lend. Bottom line? It hasn’t worked as planned. Both the economy and inflation have not grown as they were hoping.

Lowering interest rates to less than zero on excess reserve deposits is a desperate attempt by BOJ to further stimulate their economy. The thinking goes that if investors are charged a fee for the privilege to park their money in their favorite lending institution then maybe they would prefer to take their money and invest it instead.

Japan has now joined eight other countries whose central banks are charging customers to hold their money. For example, German bonds have negative yields out to seven years.

Japan is the third largest economy in the world, only smaller than the United States and China, so the consequences of this negative interest rate policy (NIRP) are not just domestic but global. After the January 29th announcement, the Japanese yen plunged against the dollar, further strengthening the dollar at a time when the Federal Reserve is beginning to raise interest rates.

Fed policy is now out of step with the monetary policies of several of the world’s other central banks. How you ask? The Fed is tightening its money supply while most of the rest of the world is continuing to ease their’s.

There is mounting pressure for the Fed to change course. Ben Bernanke, former Fed chairman in a recent interview said, “I think negative interest rates are something the Fed will and probably should consider.” Former Fed Vice Chairman Alan Binder has proposed that the Fed charge a negative interest rate for overnight deposits.

The unintended consequences of the Fed maintaining their current monetary policy while the world marches to the tune of a different drummer could be dramatic.

There would be a further strengthening of the dollar when compared to other world currencies. This would make our exports less competitive and further slowing our domestic economy.

There would be a flight of the world’s capital to purchase our bonds. If you were an investor and wanted to park your money somewhere, would you buy U.S. bonds that have a modest rate of return or would you buy bonds with a negative interest rate? And if the value of the dollar is appreciating when compared to your domestic currency this provide further incentive to park your cash in the U.S. bond market.

Emerging market economies whose debt is in dollars would find it much more difficult to pay their debt obligations as the value of the dollar continues to rise.

I believe the Fed will have no choice but to stop raising interest rates on short term money. And if the U.S. economy falls into recession next year, one of the only remaining arrows in the Fed’s quiver will be to introduce negative interest rates to help spur the economy. Do I expect it this year? No, but I see it as highly possible in 2017.

How will this affect commercial real estate in the Pacific Northwest? I think long term, US bonds are headed lower. This means interest rates will continue to slide. Since the beginning of the year the ten year treasury has fallen from 2.27% to 1.83% as of today (February 5th). I wouldn’t be surprised if the ten year treasury falls below the most recent historic low of 1.43% (July 25, 2012) sometime this year and falls further in 2017.

You think we’ve got low interest rates now? It’s only going to get better.

What do YOU think? Use the comments section below and share your experiences or advice on this topic.