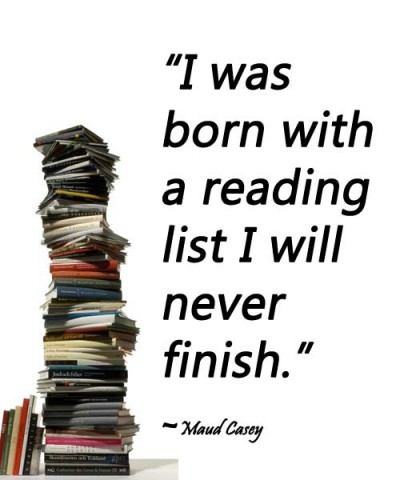 My Most Favorite Books of 2015

My Most Favorite Books of 2015

This blog post is devoted to sharing fourteen of my most favorite books I read in 2015. You will see I like to read a variety of books. If you’re interested in learning more about a particular book, click on the book title and it will take you to its Amazon page. If you have a favorite book you’ve recently read I would like to hear from you.

This book has recently been made into a movie with Matt Damon playing the lead role of astronaut Mark Whatney. I’m embarrassed to admit that for the first 75 pages of the book I was expecting Whatney to meet the Martian. But eventually I figured out that the title was referring to Mark Whatney, the first human being to be accidentally stranded on Mars. It is a story of Whatney not giving up and his ingenuity to use damaged and discarded NASA machinery to provide the resources he needs until a rescue mission can come to save him.

#13 – The Cold Dish: A Longmire Mystery by Craig Johnson

This is the first book in the Walt Longmire murder mysteries series. The story takes place in present day Wyoming. Walt Longmire is the sheriff of Absaroka County whose county is adjacent to a Cheyenne Indian reservation. Sheriff Longmire investigates a murder that appears to be vengeance for the rape of a Cheyenne girl two years before. What makes the book a worthy read is the author’s ability to convey to the reader his respect for the Cheyenne’s ancient culture and his understanding of the problems associated with Native American reservations of today.

#12 – You Can’t Make This Up: Miracles, Memories and the Perfect Marriage of Sports and Television by Al Michaels and L. Jon Wertheim

One of television’s most respected broadcasters, Al Michaels, shares never-before-told stories of some of the greatest moments in sports history. Al Michaels takes the reader down memory lane – the 1980 Olympic hockey finals, the earthquake that rocked the 1989 World Series and his direct involvement in the O.J. Simpson murder case, to name just a few. If you’re a sports fan, you’ve got to read this book.

The title of this book would imply that it is the sequel to the book Emotional Intelligence by Daniel Goleman (see my Favorite Book #3 below). It is not. It is written by a different author and has a different purpose. The book by Goleman is a treatise on the concept of emotional intelligence. It reads like a college textbook. Emotional Intelligence 2.0 is just the opposite. It goes from the theoretical to the practical. How does one go about improving their emotional intelligence? The author gives practical how-to tips to improve our EQ.

A true story of the one of the worst rail disasters in U.S. history in which two trains full of passengers, trapped high in the Cascade Range, are hit by a devastating avalanche. The author pieces together from newspaper clippings and journals of survivors the decisions both good and bad that led to the deaths of over 100 people.

#9 – The Unthinkable: Who Survives When Disaster Strikes – and Why by Amanda Ripley

Have you ever wondered how well you would respond in a disaster? Would you perform admirably or would you panic? The human response to disasters can be studied and Amanda Ripley has done just that. In her book she interviews the people who survived plane crashes, terrorist attacks, hurricanes and disasters of every kind. She talked with academics who study human behavior under extreme stress. And most importantly she identified lessons to be learned about those who responded in ways to save themselves and others and those who unfortunately failed to respond well and died as a result. A very insightful book on human behavior.

#8 – Dead Wake: The Last Crossing of the Lusitania by Erik Larson

Erik Larson is one of my favorite authors. Regardless of the topic he makes history come alive. When World War I began in August of 1914, the Lusitania was the largest passenger liner of its day. German U-Boat policy was to sink all vessels sailing in neutral waters to Britain. The book goes into riveting detail about the mindsets of Woodrow Wilson and Winston Churchill during this time period. Wilson was a pacifist who had no interest in getting the United States involved in the war. Churchill on the other hand was most determined to get America to come to the aid of the allies. Did Churchill knowingly sacrifice 1,000 innocent lives sailing on the Lusitania in order to get Wilson to change his mind about America’s neutrality? Read the book and you be the judge.

#7 – The ONE Thing: The Surprisingly Simple Truth Behind Extraordinary Results by Gary Keller and Jay Papasan

What’s the ONE Thing you could do today such that by doing it everything else would be easier or unnecessary? That question is the premise behind the book,The ONE Thing: The Surprisingly Simple Truth Behind Extraordinary Resultsby Gary Keller and Jay Papasan. It was with grudging admiration that I realized that the authors ofThe One Thingwere able to broach the subject with several new insights about managing your time! Kudos to them.

It is the true story about an expedition championed by Thomas Jefferson and funded by John Jacob Astor to establish a new American colony and shipping port in the unexplored Pacific Northwest. The motivation for the expedition was to control the lucrative fur trade and to prevent it falling under Russian or British authority. The book was marvelously written. It reads like a novel. I never knew that the city of Astoria had such an intriguing start. This book would make an excellent movie.

The back cover of his book says it best: “Now for the first time… Tony Robbins has turned to the topic that vexes us all:How to secure financial freedom for ourselves and our families.Based on extensive research and one-on-one interviews with more than 50 of the most legendary financial experts in the world—from Carl Icahn and Warren Buffett, to Ray Dalio and Steve Forbes—Tony Robbins has created a simple 7-step blueprint that anyone can use for financial freedom.” For those who want to achieve financial freedom read this book.

#4 – The Blood of Lambs: A Former Terrorist’s Memoir of Death and Redemption by Kamal Saleem and Lynn Vincent

The book, written by an ex-Jihadist, is an urgent wake-up call for America to understand the danger we are facing from those who would do us harm. It is more relevant today than when it was first published in 2009. It is the true story of Kamal Saleem growing up in war torn Lebanon and his transformation from an innocent youth to a committed terrorist. As an adult he migrates to the U.S. for the purpose of recruiting Muslims to his cause of Jihad. His hateful views slowly change when complete strangers befriend him after a car accident puts him in the hospital with serious injuries. It’s a very riveting book to read. A real page turner.

I was completely oblivious to the concept of emotional intelligence until I read this book. The author provides overwhelming evidence through scientific research that our emotional intelligence, i.e., our ability to control our emotions in positive ways and our ability to relate to other people’s emotions, is far more important to our overall success in life than our IQ or our personality. The book reads like a college textbook so it is not light reading. But it was a fascinating read filled with great insights into the human mind.

#2 – Life on the Color Line: The True Story of a White Boy Who Discovered He Was Black by Gregory Howard Williams

It is a real life account of two young boys growing up in the racist culture of the 1950s. Their father, who had light colored skin, passed himself off as white; their mother was white. When the marriage failed his alcoholic father took custody of the boys until he was no longer able to because of his addiction. The boys ended up moving to Muncie, Indiana to live with his father’s relatives, which to their shock were black and poor. Imagine growing up white and then finding out your black. Imagine all the difficulties of fitting in at school. This is a well-written book that helps those of us who are white to understand what it’s like to be treated differently solely because of your race.

By far this was my most favorite book I read in 2015 because it eviscerated a commonly accepted myth about the American Revolution. The thirteen colonies united together to defeat a common enemy, the British. Once defeated they planned to go their separate ways. The Quartet is the story of the four men most responsible for replacing the dysfunctional Articles of Confederation with the U.S. Constitution and the Bill of Rights. George Washington, Alexander Hamilton, John Jay and James Madison cunningly manipulated the political process to get the states to vote for ratification. The book is a real eye opener.

Happy reading. Have a Merry Christmas and a prosperous new year!

Have a need for financing?  Call me today to discuss at