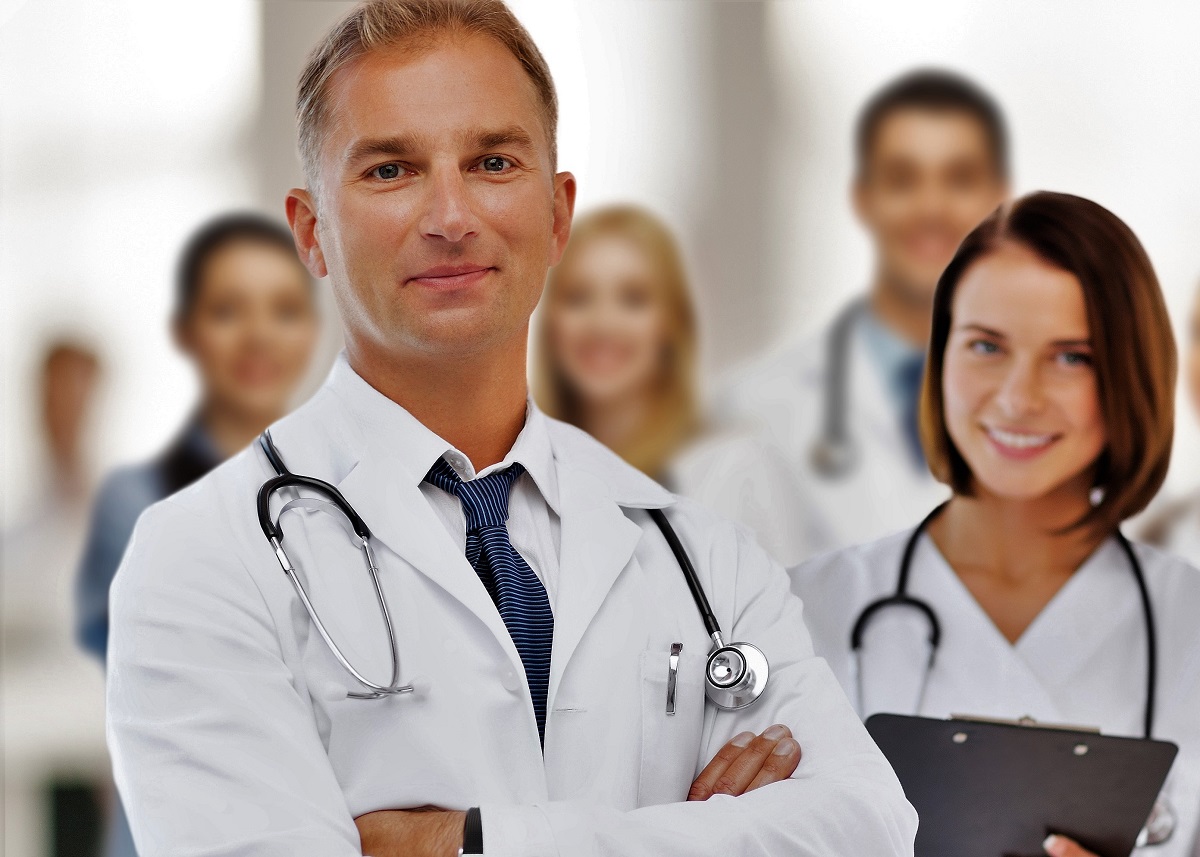 Is healthcare a fundamental right? Some thoughts to consider.

Is healthcare a fundamental right? Some thoughts to consider.

Fools rush in where angels fear to tread

I know I enter dangerous territory when my wife, Carol, tells me not to write on a particular topic.  So, it is today as I let my opinion be known about the current healthcare debate.  You see, her advice is really sound.  The country is about equally divided on this topic and my giving my two cents worth will only irritate one segment of my reader base, if not a large majority.  But I have been observing this healthcare debate debacle now for eight years and I can no longer keep quiet.

Before I get started, those of you who read my commercial real estate commentary on a regular basis and expect me to somehow tie my thoughts on healthcare back to commercial real estate are going to be sorely disappointed.  So, if you expect that to happen, now is the time to stop reading this article.  Yes, you have my permission.  STOP READING NOW.  For the rest of you, I hope my thoughts can help crystallize your thinking on this very important subject.

My thoughts on healthcare

Is healthcare a fundamental right?

A moral obligation, not a fundamental right

I do believe as the richest nation on earth and a nation that believes in Abraham Lincoln’s view of “malice toward none and charity for all” that we have a moral obligation to help our fellow man with the absolute basics of life and that includes healthcare. There needs to be a healthcare “safety net” that provides a minimum standard for all our citizens regardless of wealth.

The difference between a fundamental right and a moral obligation

In my view healthcare is not a fundamental right; rather it is a moral obligation. This is an important distinction.  If you believe it is a right then everyone should have equal access to all medical procedures regardless of cost.  If you believe it is a moral obligation then those who can afford to pay for top notch healthcare should be allowed to do so and those who cannot should be thankful that the government is covering the basics.

I was against Obamacare

Eight years ago, I was against Obamacare. Not the concept, but how it came to be.  When the Democrats controlled the House, the Senate and the White House they forced their will on the American people and passed the Affordable Care Act.  Some will say that the Republicans were the ones who were uncooperative.  And that was likely true.  The point I’m trying to make is this: No political party should pass comprehensive legislation of this magnitude by forcing it down the throats of the minority party.  If the majority party cannot get bipartisan support for their legislation they should wait until they can.

I’m against repeal and replace

Likewise, I am against the repealing and replacing of Obamacare by President Trump and the Republicans in the Senate and the House for the exact same reason. I repeat, no political party should pass comprehensive legislation of this magnitude by forcing it down the throats of the minority party. If the majority party cannot get bipartisan support for their legislation they should wait until they can.

Neither political party has a monopoly on good ideas. Both parties, if they worked together and learned to compromise, could come up with a healthcare bill that would be far superior to what we currently have.  But for that to happen, there needs to be less finger pointing and demonizing of our political opponents, and more humility and conciliatory reaching out to the other side.  The real question is this: Are there enough adults in the House and the Senate that can swallow their pride and for the good of the American people pass bipartisan healthcare legislation?

Incremental legislation is the best approach

Over the years I’ve come to the conclusion that Congress is not particularly good at passing comprehensive legislation. This is not their strength.  But they are good at passing incremental legislation.  By that I mean, it becomes readily apparent that there is a flaw in a piece of legislation they passed previously.  A congressperson realizes their legislation is not working as intended and promotes a new piece of legislation that fixes the problem.  That is an example of incremental legislation.  And this is how they should fix Obamacare.  Quit attempting to pass a comprehensive bill to replace Obamacare.  Let’s face it. Your track record of passing well written comprehensive legislation is not particularly good.  Instead fix some of its broken parts.  To begin, I suggest the following incremental changes:

What are your thoughts?

These are three common sense proposals that would help improve healthcare and significantly reduce costs.  These are just the beginning.  There are many, many more good ideas that should be debated and passed in a bi-partisan way.  There you have my thinking on healthcare.  Now it’s your turn.  How would you make it better if you could waive a magic wand?

Right on Doug. Agree with you on this one about 90%.

Hi Doug, You make some valid points, and I agree we have a moral obligation and it would be so nice if there enough adults in the House and the Senate, but I have my doubts. Here is what I communicated to my list of 3000 readers:
Our representatives in the U.S. Congress and Senate are debating health care, and completely missing the big picture of what is needed. Please read the full article from my elementary school classmate, Dan Morhaim. He is both a medical doctor (who had 90 doctors and 120 employees in his medical practice) and a representative in the Maryland House of Delegates.
In summary:
Point 1: Health care coverage should no longer be an employement benefit, and not all companies can afford to provide it. It should be available like a medicare for everyone approach.
Point 2: The people on the front lines of medical care need to be brought into the conversation. The cost of health care administration, paperwork and claims is a huge percentage that does not provide patient care.
Point 3: The way to drastically reduce health care costs would be to look intelligently as the following problems:
1. The Chronically ill: Five percent of patients account for 60 percent of health care spending. Studies show that the key to managing these patients is to provide carefully developed personal care plans.
2. End-of Life care: With the aging of the population and advances in medical care, people are living longer and increasing the rate of completion of advance directives and engaging hospice and palliative care earlier will result in more satisfactory end-of-life care experiences.
3. Addictions to illegal drugs, especially narcotics, cocaine and methamphetamine: These are responsible for the majority of violent crime, HIV, hepatitis and homelessness in both urban and rural areas. Studies show that up to 80 percent of patients who come to emergency departments without insurance are there for substance abuse issues.
4. Legal addictions (alcohol and tobacco): These are still major causes of disease. Studies prove that investment in addiction treatment programs — for both legal and illegal substances — is highly cost effective and saves money and lives.
5. Mental Health: Of the tens of millions of people affectect only a fraction of those receive treatment. Mental illness is costly to treat, but the societal costs — to patients, families and communities — of not treating are far greater.
6. Prevention and Innovation: From safety proofing the homes of at-risk seniors to encouraging fitness for all ages. Scientific research creates dividends in improved health and a reduction in costs. This is the wrong time to cut funding that could lead to new treatments and cures.

PLEASE, please share this with others in your email sphere, on Facebook, and with your elected officials.
Here is a link to the full article from The Baltimore Sun:
http://www.baltimoresun.com/news/opinion/oped/bs-ed-op-0716-health-care-issues-20170712-story.html

Rennie, thank you for sharing this with me and my readers.

I agree with the premise of duty vs. rights. But here’s a question: If the underlying legislation, i.e. Obamacare was passed on a partisan only basis (and it was) and it’s failing, do we have a moral obligation to keep a flawed premise (healthcare as a right)?

I’d like to see some statesmanship come out of Washington for a change, though that too may be a flawed premise. Repeal and replace is preferable in my mind to continued support for failure provided as I said that the replacement is truly better. The difficulty of course will be defining moral commonality–whose is most perspicuous and compelling?

Terry, good questions. I believe statesmanship begins when the side in power acquiesces to the side out of power. In this case the Republicans need to swallow their pride and do what they can to fix a failing healthcare system. The Democrats could show statesmanship by not trying to crow about their perceived victory. I do believe incremental improvements to the healthcare system is the only way its going to get fixed. I don’t believe repeal and replace is doable. Healthcare is way too complicated to do as a complete package as proven by all the issues with Obamacare. Thank you for giving me your thoughts.