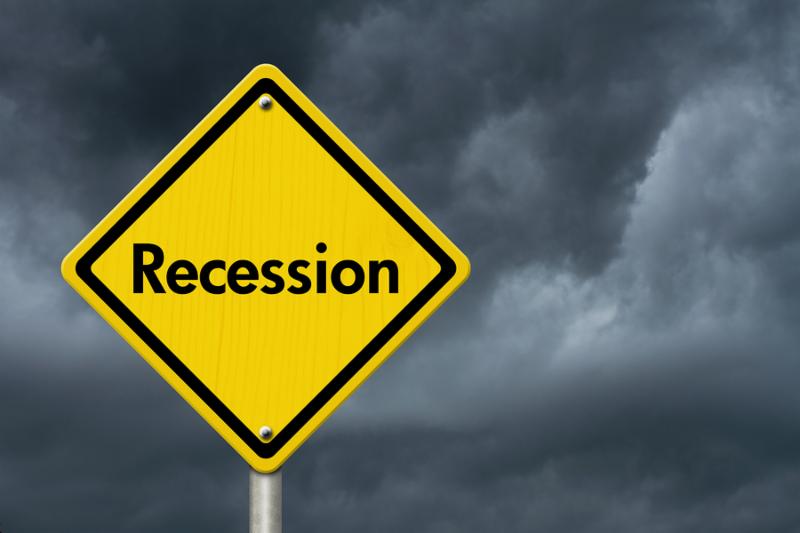 See the latest loan quotes on a real property deal.

I hate to be a Debbie Downer to all of you who think things are going well with the U.S. economy.  But there is a stark disconnect these days between consumer confidence and the economic health of the United States.

Last month the Consumer Confidence Index hit its highest level since December 2000.  It dipped a bit in April but it’s still in the stratosphere.  This optimism is baffling to me as economic activity is not keeping pace.  Patrick Moynihan, the former US Senator from New York once said, “Everyone is entitled to his own opinion, but not his own facts.”  And these are the facts:

A Trump Bump Was Unrealistic

When Donald Trump was elected president, the electorate was hopeful that the new administration could drive the economy with tax cuts, infrastructure spending and regulatory reform.  But in my January 19th article about my 2017 forecast for commercial real estate I said the following:

“Many economists will tell you that Trump economic policies will stimulate the economy but also have the potential for generating huge budget deficits.  Let’s for the moment accept this as true.  This assumes two things: 1) that the Trump administration is going to successfully pass through Congress their economic policies without any changes; and 2) that if passed that it will positively influence the U.S. economy this year.

I believe both assumptions are wrong.  Any legislation that passes this year will be watered down either by deficit hawk Republicans or Democrats that team up with Republicans on policies that are deemed to favor the rich at the expense of the poor.  More importantly, even if the Trump economic policies are enacted into law it will take months, possibly years, to feel the positive impact of those policies on the U.S. economy.  It doesn’t happen overnight.”

Unfortunately, my prediction is coming to pass.  During the first 100 days of President Trump’s administration they have not been able to pass any of their legislative agenda.  The overhaul of Obamacare hasn’t even made it through the House yet, let alone the Senate.  Tax reform has been delayed till at least this summer and pundits predict that nothing of substance will happen until next year, possibly later.  Apparently, an infrastructure spending bill is not even on the radar screen.  What happened to bi-partisan support for such a bill?  Unfortunately, the economy needs the benefit of tax reform and infrastructure spending right now.  Today would not be soon enough.

Understand this very important fact: The U.S. economy is 72% consumer driven.  If consumer spending is slowing down then this economy is in for a sharp decline.  It’s time to face the music.  After 94 months of economic expansion, the economy is heading towards a slowdown.  I doubt that the Trump administration can do anything to prevent the U.S. economy from sliding into a recession.  I would love to be proven wrong.  I don’t enjoy being the bearer of bad news.  Two questions come to mind:

Make no mistake about it, we are headed for a recession.  When, is still up in the air.  It could happen later this year or it may not happen till next year.  It’s still anybody’s guess.  Typically a recession is triggered by an adverse event that gets everyone’s attention.  In 2008 it was the collapse of Lehman Brothers.  In 2001 it was the sudden collapse of  the dot.com bubble.  What will it be this time?  A sudden collapse of an over priced stock market?  Turmoil in the Middle East?  France voting to leave the European Union?  Who knows?

Sources: Student Loan Debt in 2017: A $1.3 Trillion Crisis by Zack Friedman, Forbes, February 21, 2017; Economic Indicators Are Flashing Warning Signs That The Economy Has Stopped – No One is Paying Attention by D. H. Taylor, Seeking Alpha, April 27, 2017; Personal Incomes and Consumptions Are Declining Pointing To A U.S. Economic Slowdown, by D.H. Taylor, Seeking Alpha, April 13, 2017; A Gathering Storm of Recession: Top 5 Indicators, by J.G. Collins, Seeking Alpha, April 21, 2017; Auto Loans and Household Income – Time for A Reality Check!, by Tematica Research, seekingalpha.com, March 28, 2017; Closing In On Zero Growth, by Lawrence Fuller, seekingalpha.com, April 10, 2017; The Last 17 Times This Happened There Was A Recession, by Eric Basmajian, seekingalpha.com, April 18, 2017.

Good article Doug! I totally agree. Have you factored the increase in housing prices into any of your thoughts on the upcoming recession?

Ted,
Good to hear from you. I really hadn’t factored in the increase in housing prices when writing this blog post. Thinking about it for a moment, I would say that I don’t believe it will be as strong an influence as it was in 2008. Back then, I saw a lot of people using the equity in their homes as an ATM machine. When values declined they had no equity in their homes. I don’t think homeowners are doing that as much this time around which bodes well for the coming recession. I would guess that there will be substantially less home foreclosures this time around.

Hello Doug, Thank you for sending. Your thoughts are most always applicable to those of us in the RE business. It is hard to think ‘Recession’ but it is always looming in the background these days. I will pass this on to my clients.
Thanks again, Bob

Bob, thank you for your kind words.

Don’t know what you are reading but at least one of your warning signs (point 4 in “Business Activity is Slowing”) just isn’t so. “Industrial production advanced 1.0 percent in April for its third consecutive monthly increase and its largest gain since February 2014.” Source: http://www.federalreserve.gov/releases/g17/current/

Consumer debt is not good and student loans are atrocious which may lead to a recession but don’t blame industrial production since this segment if finally getting out from under the onerous regulation of the previous 8 years.

Thank you for your thoughts. Here is the link for the article about industrial production that I quoted in my article: https://seekingalpha.com/article/4063105-last-17-times-happened-recession. I think you will find it a very interesting article, even if you don’t agree with the author’s findings regarding industrial production.