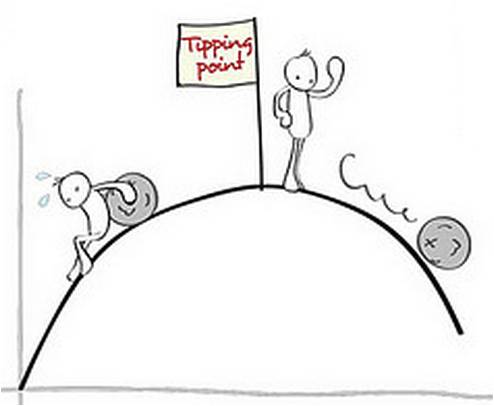 Apartment Rental Rates – Are We at a Tipping Point?

Apartment Rental Rates – Are We at a Tipping Point?

In my last blog post, My Crystal Ball Forecast for Commercial Real Estate in 2016, I made five predictions about the coming year. One of my predictions was that 2016 will be the last year for modest growth for the US economy. Unfortunately it appears the world is heading towards a recession this year and the US will likely follow sometime early next year.

But today I want to focus on another prediction I made: Rental rates will continue to rise but at a much more modest pace than last year. I still believe that to be the case. The Fall 2015Apartment Report, a publication by Multifamily NW, estimated that overall apartment rents increased at an annual rate of 9% last year in the Portland Metro area. And of course some areas of Portland & Vancouver increased substantially more than the average.

The good news is that I’ve been searching for any evidence in the Pacific Northwest that apartment rents are beginning to moderate and so far I’ve found nothing to support that position. Logic tells me that rent increases should moderate but there is no empirical evidence so far indicating that is happening.

However, when I search outside of our three state region for evidence of moderating rent increases I find that they have not only moderated, but they have shown a decline. So says a January 7, 2016 news article by the CoStar Group titled, U.S. Apartment Rents Decline in Fourth Quarter, Bucking Annual Trend.

For the first half of 2015 apartment rents grew nationally at an annualized rate of 9.4% based on an analysis of more 50 million rental units. For the last six months of 2015 the annualized rent increase slowed to 2.7% and the fourth quarter actually turned negative.

And as would be expected the newer, higher quality apartments were the first to feel the impact of lower rents. CoStar estimated that the top of the line apartment rents declined 0.6% in the fourth quarter or last year.  Rents dropped in San Francisco, Washington, DC, Denver, Boston, Austin, Houston, San Diego and Philadelphia.

So how does this trend affect the Portland apartment market? In the near term, I believe it has no impact whatsoever. I still expect apartment rents to increase at a moderate pace this year.

But this trend reminds me of the important role that canaries use to play in coal mine safety. Caged canaries were used by coal miners to determine if there were toxic fumes emanating from deep within the mines. If dangerous gases such as carbon monoxide collected in the mine, the gases would kill the canary providing advanced warning to the miners to get out.

Similarly, the decline in rents nationally is a warning of things to come in the Pacific Northwest. The actual timing of when it will happen here is dependent on many factors, the law of supply and demand being one for sure. But even in our region, where there are significant barriers to building apartments, at some point in the real estate cycle developers will build more units than there is demand causing the apartment market to reach a tipping point. Are Pacific Northwest apartment rents at a tipping point? Nope. But we are heading in that direction. Forewarned is forearmed. Consider yourself warned.

What do YOU think? Use the comments section below and share your experiences or advice on this topic.