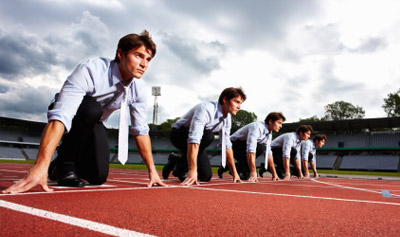 5 – How to Significantly Improve Your Loan Quotes

5 – How to Significantly Improve Your Loan Quotes

In the last chapter you had progressed to the point where you had two or more written loan quotes to choose from. Congratulations! That’s no easy feat to accomplish. But now the fun begins. If you negotiate well with your lenders you may be able to significantly improve your rates and terms. There are three things you must do to improve your loan quotes.

The first step is to get the lenders competing against one another to get your business. It’s not uncommon, even in today’s lending environment, that if a lender knows he doesn’t have the best quote on the table, he will go back to his underwriter and see if they can tweak the quote to make it more competitive. Asking for an improvement on a loan quote should be done tactfully. If done in a heavy-handed manner, it will only irritate the lenders which in all likelihood will backfire. So be very careful.

However, if you do it tactfully, you may be pleasantly surprised by how much a lender can sweeten his proposal if he thinks he’s going to lose the deal to one of his competitors. So it doesn’t hurt to casually mention who he’s competing against. Understand that the loan officer knows in most instances his competitors personally and, if he has any ounce of competitiveness flowing in his veins, he’ll do what he can to win the business just for the pure satisfaction of winning a deal from one of his arch rivals.

If you do a good job with this negotiation, the lender doesn’t know whether he is going to lose the deal if he doesn’t comply with your request. Tell him that you’re still deciding between his loan proposal and one of his competitors. Identify in your mind what is the critical issue that needs to be resolved favorably. That’s what should be driving your negotiations. Then tell the loan officer that you would like to choose his loan proposal but you have this one issue that needs to be resolved before you can sign the loan application. And don’t get greedy. Pick the key issue that needs improvement.

If you frame the discussion this way, the loan officer will do whatever he can to satisfy your issue because he is now emotionally more committed to getting this loan under application than you are. Or at least, that is what you want him to think. So if your negotiating point is within reasonable bounds of something they can do, you’re likely to get agreement in your favor.

The final thing you must do to get a better loan quote has nothing to do with negotiating with your lenders, it has everything to do with wisely choosing which lender quote is the best for you. So don’t focus too heavily on one loan parameter. That’s really not a good approach for choosing a lender and here’s why:

A better approach is to review the pros and cons of each loan quote and then decide. For example, many borrowers’ “hot button” is getting the lowest interest rate. But many times the lowest interest rate comes with an onerous yield maintenance prepayment penalty. Or maybe it comes with a shorter amortization which cuts deeply into the property’s cash flow. Does the borrower still want the lowest rate? Maybe not. In fact, it’s not uncommon that when comparing the loan quotes in detail, another lender is chosen rather than the one originally considered the borrower’s first choice.

The next chapter will discuss two important tips that will significantly improve your chances of the loan closing in a timely manner with the rate and terms outlined in your original letter of interest.