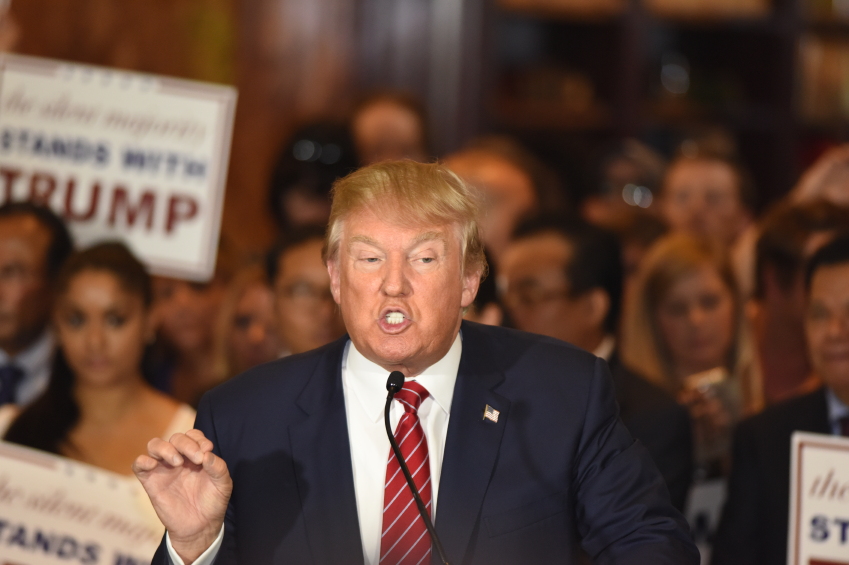 3 Likely Outcomes of a Trump Administration on Commercial Real Estate

3 Likely Outcomes of a Trump Administration on Commercial Real Estate

The Comfort of Opinion

John F. Kennedy once said, “Too often we enjoy the comfort of opinion without the discomfort of thought.”  This quote rings true when you look at all the opinions circulating on the internet about a Trump Administration.  Opinions range from euphoric to apocalyptic depending on whose political views you like to read.  This article will not change your opinion one way or the other about Donald Trump.  It’s not meant to.  This article discusses the impact a Trump Administration will have on commercial real estate.  Before I take a stab at that topic, let’s look at Trump’s economic thinking.

A Shift in Economic Thinking

Assuming Donald Trump governs like he campaigned, his economic ideology will be a major sea change in thinking for the Republican Party.  It will no longer be the party of Ronald Reagan.  Instead it will be characterized by:

For the first time in our nation’s history we will have a real estate developer as president.  It stands to reason that his proposed policies should be very good for commercial real estate.

As of this writing, President-Elect Trump has yet to name his economic team.  No one knows how much of his economic agenda he’ll be able to enact.  Because of Senate rules, Democrats still have considerable influence.  Consequently, how much legislation gets passed will require cooperating with the Democrats.  He’s president, not king.  So he cannot just decree that his policies be put into law.  To succeed Trump will need to have people on his economic team that are capable legislators.  They need to know how to negotiate well with the other side.  If not, very little will get through the Senate.  Let’s assume he is successful in getting his policies enacted.  Shown below are three likely outcomes that will affect commercial real estate:

A concerted effort to limit some of the more draconian regulations of Dodd-Frank will happen.  As you may recall this legislation was passed in response to the Wall Street abuses that caused the financial meltdown and precipitated the Great Recession.  Many of these new regulations are necessary for protecting consumers from predatory lending practices.  They should be left alone.  But one of the unintended consequences of this law is that local and regional banks are at a disadvantage to the big national banks when it comes to complying with the new regulatory requirements.  Leveling of the playing field needs to happen.

Trump has proposed doing away with these two government sponsored entities.  At the very least he would like to shrink their size.  And his thinking makes sense.  It was during the Great Recession that residential loan defaults insured by these two financial institutions bankrupted both entities.  The American taxpayer took a huge hit when Congress bailed them out.  Both Fannie & Freddie are also major players in the financing of apartments.  There isn’t a good reason why they should be in this market.  Banks, life companies and credit unions could easily absorb their loan volume if Fannie & Freddie were no longer in business.

Mortgage Rates on the Rise?

Expect in the first 100 days of Trump’s presidency an economic stimulus bill that will be a combination of lowering personal and business tax rates and substantial government spending in the form of upgrading our nation’s infrastructure.  Depending on whose estimates you believe, budget deficits are expected in the $1 to $3 trillion range over the next 10 years.

Growing budget deficits requires issuing more U.S. treasuries.  Yields on treasuries are a function of supply and demand.  If the supply increases (i.e. more debt) in order to increase the demand one of two things must happen:

In summary, Trump policies will likely result in:

Whether we have higher mortgage rates depends on how The Fed responds.  Let us hope that The Fed has the wisdom to allow the free market to work without their interference.

One Last Thought About the Election

As one who didn’t vote for either major party candidate it’s depressing knowing your candidate for president is not going to win before a single vote is cast.  Losing is painful.  As we all know, one candidate won the popular vote by a sizeable margin and the other candidate won the Electoral College vote (the only vote that matters).  Bottom line: Our country is as polarized politically as it’s ever been in our lifetime.  It’s sad to see how divided we are.  I have a couple of suggestions to heal our wounds:

We all want what is best for our country.  Regardless of whether your candidate won or lost we need to unite as Americans of all political persuasions.  Some of us live in blue states and some of us live in red states but we all live in the United States of America.

Might we also see the consequences of these policies, namely: the increased cost of goods now sourced domestically, possible trade tariffs levied against the US for those remaining imported goods, and likely inflation due to the higher cost of living. Balkanization has its inherent ills, especially in this interconnected world. If only those who voted had set aside their opinion and done a bit more (thoughtful) research.

John, thank you for your well reasoned comments. Yes I would agree those certainly could be the consequences of possible trade tariffs. The proposed trade policies of a Trump administration could lead to trade wars with our trading partners. In that case everyone loses. It could precipitate a recession or possibly something even more severe.

Doug: I wish I agreed with your statement that ‘their motivations are just as honorable…” Unfortunately a Pollyanna view of the motivations behind this unique election may make one feel good, but just is not borne out by the facts. Of course given the fact free environment in which DT operates (latest statement with NO evidence to support it = he would have won the popular vote if not for the “millions” of illegals voting) that may be that may be irrelevant, but the sad truth is that millions of people voted the way they did out of prejudice and meanness not principled policy differences. So no, saying that all electoral motivations are the same just won’t make it so. Robert Sacks

It’s good to hear from you. Thank you for your comments but I think you misunderstand my thinking. Let me ask it in another way that will make my position more clear. Are you saying that everyone who voted for Donald Trump did so because they wanted to harm this country? Are you saying their motivations were evil? I don’t believe you mean that do you? You need to separate your thinking about Donald Trump from his supporters. In your view his supporters may have been ill-informed, naive, reckless, etc. but their motivations were the same as yours. You want what’s best for the country and so do they.