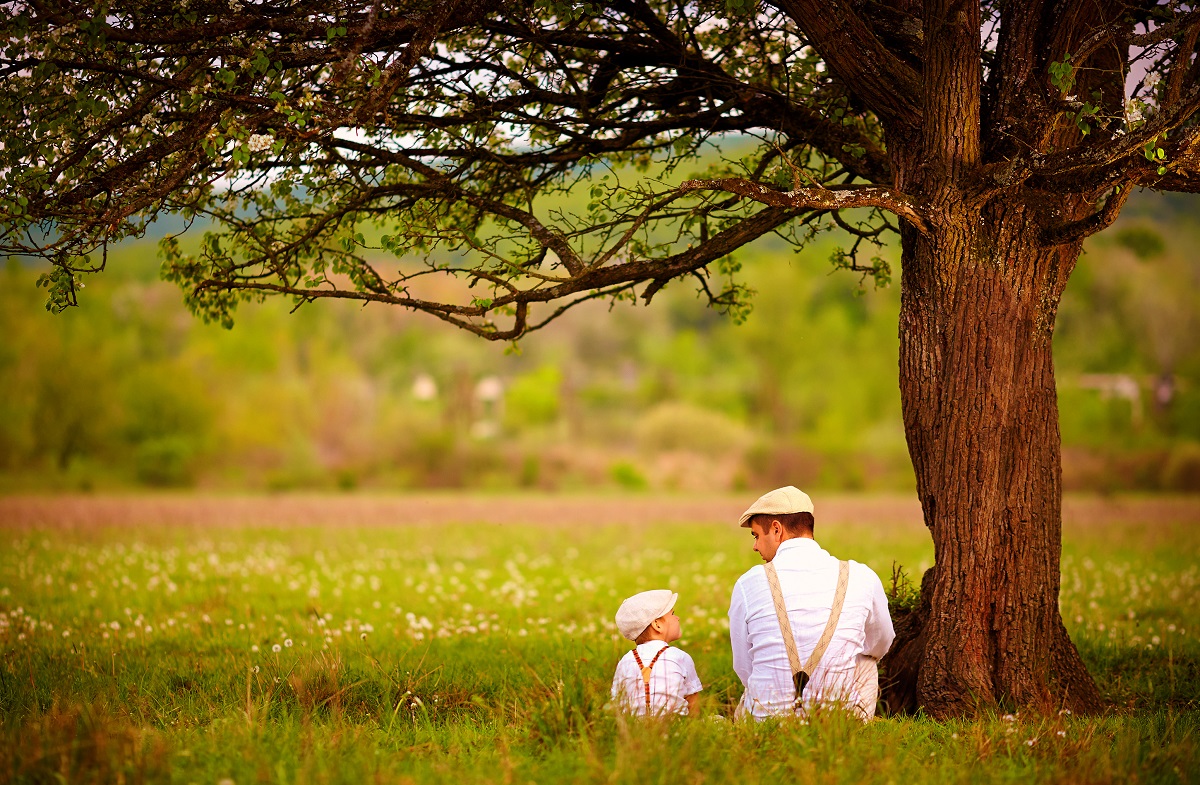 This weekend is Father’s Day and even though my father passed away several years ago, I’m surprised how often I think about him. Something happens during the normal course of my day, and it triggers a flashback of him. It wasn’t a conscious decision to think about him, but rather a situation that somehow transported me forty years back in time, hearing my dad say or do something.

My father was a good role model in many ways. He also had his faults. But as time passes, the good memories of him are winning out and the not-so pleasant memories are fading. I hope that’s what happens with my two adult children when I’m dead and gone.

Although my dad was a good role model, he was a lousy teacher. I don’t ever recall him ever trying to teach me an important life lesson. He just lived what he believed. At the time, I didn’t understand the importance of or appreciate what I was witnessing. It was just my dad saying or doing what he always said or did. It was nothing special, or so it seemed. It was just vintage Dad. But the older I get, the more I appreciate the values he lived.

Here are some life lessons I learned from my father. You may find them valuable too.

Live Well within Your Means

Although my mom drove new cars, I don’t recall Dad driving anything but used pickups. A vacation to us was visiting our relatives, certainly not going to a destination resort. We lived quite modestly.

It wasn’t until I was in college that it dawned on me that my parents were financially well off. Over the years there had been hints of my parents’ wealth, but I hadn’t been able to put the pieces together enough to realize that. This changed when Dad, who owned his own CPA practice, sold his business and retired at the age of fifty. He lived quite comfortably for the next thirty-plus years off the income generated from his investments. Living within his means paid off admirably for him.

After retiring, my dad spent most of his days working on his tree farms. Having grown up in the rolling farmland of Iowa, he was in awe of the beauty of the forests in the Pacific Northwest. About ten years before he retired, he bought a parcel of logged over timberland and spent his weekends nursing the land back to health. He was comfortable working alongside loggers, foresters, and other blue-collar workers associated with the forest products industry. And they were equally accepting of him as one of their own.

I’m not sure why (it’s a question I wish I had asked him), but he was politically well connected in Oregon state politics. I remember back in the sixties that he was a pallbearer at a funeral where a fellow pallbearer was Mark Hatfield, the then governor of Oregon.

Dad never showed preferential treatment to his wealthy friends. Those in a lower socio-economic class were treated no differently than the rich and powerful. He treated everyone with the same friendly, Jimmy Stewart-like manner.

Dad didn’t believe in winning at all costs. He proposed agreements that were fair for both parties, not just for him. He had no problem leaving a little bit on the table if it meant getting the deal done sooner rather than later and with both parties satisfied.

Sometimes the person he was negotiating with would attempt to take advantage of his desire to strike a fair deal and would respond back with some unrealistic and unjustified counter offer. You see, not everyone plays by the same set of rules. But for the most part, people intuitively understood that he was proposing an agreement that was fair, and they respected him for that.

Sometimes life’s most important lessons are better absorbed, not through formal instruction, but by the consistent actions of a role model over a lifetime.

What life lessons did you learn from your dad?

Need financing? Email me today at doug@marshallcf.com to schedule a time to discuss your financing need.

I enjoyed that story of your father. I hope you have nice father day Marshall!

Glad you enjoyed the stories about my dad. What did you learn from your father?